This panel discussion, initiated by the France and the UAE University (UAEU) Pavilions, aims at raising awareness on light pollution, and showcase initiatives and technologies that contribute to a future where the wonders of the night skies can be seen again.

As the dark side of light is addressed nationally and internationally, this panel discussion reunites experts from all over the world and will be followed by a series of talks presenting concrete solutions elaborated by public and private stakeholders.

Samuel BUSSON is an environmental engineer. He has been working for 10 years on taking biodiversity into account in development projects, and over the past five years, he has specialised in the effects of light pollution on biodiversity and in technical organisational and regulatory solutions to address them. Within Cerema, a public institution under the dual supervision of the Ministry of Ecological Transition and the Ministry of Territorial Cohesion and relations with local authorities, he collaborates daily with lighting and urban planning specialists to provide solutions to territories wishing to reduce their light pollution. He also contributes to discussions and research work with external partners who are experts in this field, such as Romain Sordello of the UMS Patrinat and Sébastien Vauclair of the Dark Sky Lab design office.

Massimo BERNARDI holds a BSc in Natural Sciences (Padova, 2006), a MSc in Palaebiology (Bristol, 2009) and a PhD in Palaeobiology (Bristol, 2017). Curator for paleontology at MUSE - Science Museum, Trento, Italy (since 2013), he is also Head of the Research and Collections area (since 2017). Massimo Bernardi curated a dozen temporary exhibitions, permanent displays and museums and wrote about a hundred scientific and popular publications with primary focus on mass extinctions and paleontological heritage enhancement. In recent years his interests have shifted towards a multidisciplinary approach to the concept of Anthropocene, cultural heritage enhancement, scientific museology. He is a lecturer at the University of Padua (macroevolution), Milan (paleontological heritage), Modena and Reggio Emilia (science communication).

Dr. Michele MENEGON. Currently a director at PAMS Foundation. Prior to that I have been working as researcher in the Tropical Biodiversity Section of the MUSE - The Science Museum of Trento (IT) for about 20 years. I have a PhD in Biology & Conservation Ecology from the Manchester Metropolitan University (UK). For about 20 years I have been investigating the forests of the Eastern Afromontane, where I have conducted dozens of missions of biological exploration that led to the discovery of more than 60 species of vertebrates new to science and contributed to the definition of the biological value of many forests hitherto unknown. In Tanzania I have published over one hundred scientific papers and few books and book chapters. I am getting increasingly interested in the interactions between science, technology and society and how the improvement of their relationship can help conservation. I have been an active public lecturer on themes like evolution, conservation, the sixth mass extinction.

Prof. John HEARNSHAW is based at the University of Canterbury, New Zealand. He has been holding various positions related to light pollution and dark sky, such as director of Mt John Observatory at Lake Tekapo, NZ, Vice-President of the International Astronomical Union, and chair of the Aoraki Mackenzie International Dark Sky Reserve, NZ. Recently, he has published the New Zealand Dark Skies Handbook and formed the Aotearoa Astrotourism Academy, for maintaining dark skies and promoting astro-tourism in NZ and other countries.

Sébastien VAUCLAIR, after studying astrophysics (PhD in Cosmology) Sébastien devoted himself to the dissemination of knowledge about the Universe and of equipment allowing the observation of the nightsky and nature. Active for many years in the protection of the dark sky and environment Sébastien founded at the end of 2013 the DarkSkyLab office specializing in the scientific analysis of light pollution and in the production of tools to measure and model it.

Claus GEBHARDT is a researcher with the National Space Science and Technology Center, United Arab Emirates University (NSSTC, UAEU), Al Ain, UAE, since 2018. He is part of the Earth and Planetary Science Unit of NSSTC, UAEU. His personal focus is Atmospheric Science, including light pollution research. He earned his PhD in Earth Atmospheric Physics at the University of Bremen, Germany, in 2014. Already at that time, he came into initial contact with light pollution research. 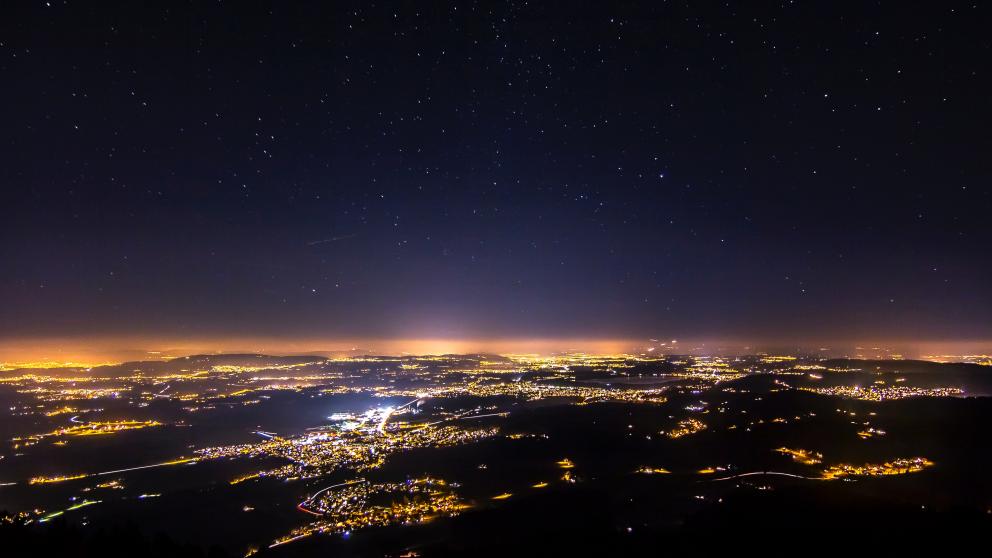 This event is organized during the thematic fortnight: